Old School in every aspect

Validity of commodity prices as early indicators. The Swiss daily newspaper Neue Zürcher Zeitung presumes ignorance of equity investors. The economic conventions of the 1980’s should be consigned to antiquity.

There is hardly any independent existence for commodity prices anymore. Everything is connected and commodities are an asset class. Volatility has long ceased to be a blessing for trade. The Schulz Effect is spreading.

Movements in nickel price in 2017 have both macro and micro causes. Nickel does not directly play a part. An abstract and a concrete explanatory attempt with happy end.

ERAMET joins forces with the Chinese steel company Tsingshan. The nickel deposit site Weda Bay in Indonesia should be developed jointly. From 2020 the target is 30,000 tons nickel.

In May the highly reputed serious Swiss daily newspaper NZZ (Neue Zürcher Zeitung) published an article entitled “Weak commodity prices go under.  Equity investors ignore price signals for energy and metal contracts”. Briefly summarised, the article makes the point that commodity prices are an early indicator of economic developments. It also uses the example of the corrections in crude oil and iron ore prices which could now reduce certain inflationary tendencies, which, in turn, could also trigger a reaction from equity investors who are still euphorically optimistic. But then, impacts on the stock markets are the real interest of the article.

Now the NZZ is really a very traditional newspaper, having been founded in 1780, so the comment “That is, however, now really old school” could almost be taken as a compliment. But it is not meant as such. On the contrary, a connection between commodity prices for copper, oil et cetera, and the economy as such, in the form of stock markets, is an economic convention of the 1980’s and should now really be considered a relic of the past. However, this is not to say that individual parameters are not connected to one another, but, unfortunately, connections are no longer stable. To be more exact, this has been so since the early 2000’s when commodities became an asset class.

In point of fact, an independent existence of commodity prices is highly influenced by risk and investment decisions of investors or in other words: speculators. And in places where financial markets do not speculate, then the real goods markets do, as can be read below. So commodity prices can no longer be indicative of economic developments and stock market movements, just as the reverse is also no longer possible. And in consequence, volatility is also not really a blessing anymore for any type of trade, as there are hardly any valid indices to show in which direction prices will move. Interestingly, much the same can be said about election forecasts. Actually, each movement seems to gain in strength, positively as well as negatively, with each abrupt change in direction. The so-called “Schulz Effect” (Schulz = chancellor candidate of German Social Democrates Party SPD) could be taken as a parallel. But, since the analysis is somewhat abstract, the example could be taken instead of the stainless steel market and those commodities which are connected. We can do this together:

In the opinion of this author, there are two main reasons. One is that the euphoria about the infrastructure program of the Trump administration has more than faded, if not even almost totally vanished. And also the complexity of Brexit has left many traces. China is finally slowly getting a grip on its property prices, but a weakening in the construction industry is expected. This means that, from the point of view of the normal investor, the stock markets present, at the moment, the only alternative financial investment where some form of return is promised. Investors seem to have recently lost some confidence in commodities again. Weaker prices are the inevitable result. This is the macro explanation.

On the micro side, the development of the chrome price and its future expectations seem to have had a deciding influence. The price for ferro-chrome in 2016 was more or less pretty stable, with just a slight upwards trend. The South African producers then increased their reference price for European consumers. From the 4th quarter of 2016 to the 1st quarter of 2017, there was a 50% increase, taking the price from USD 1.10/lb to USD 1.65/lb. In anticipation of an expected price increase, the stainless steel trade, where possible, quite offensively put in orders to increase their stocks, filling up the order books of the stainless steel producers. When the price increase to USD 1.65/lb was announced, much higher than expected, further purchases were made.

This was because, due to the pricing mechanism of the alloy surcharge, it was clear that a phase of rising and relatively high stable prices would follow. But then, as both the end of the quarter and a new reference price were drawing near, doubts were being raised about whether a chrome price of USD 1.65/lb was sustainable, and indeed justified. This led to the idea that a correction would be made for the second quarter, so a certain amount of caution in building up stocks even further was exercised and became contagious. But this only lasted a short time, as the correction of 0.11/lb down to USD 1.54/lb certainly fell short of expectations, and so the speculative pattern began all over again. Again, with the conviction of stable high prices due to the alloy surcharge.

But then once more, in the 2nd quarter, fears increasingly rose that the chrome price, after all, could be just a little too high. And this time the industry saw an abrupt purchasing restraint, with a drop in orders at the stainless steel works. This influenced the demand for the rest of commodities, as well. It is also worth mentioning in this connection that some in the stainless steel scrap market became a little carried away with a not very understandable purchasing price strategy in order to calm the related trade regarding a lowering of the chrome reference price and its effects on the stainless steel scrap price. A rise in the nickel price was presumed, which was, however, not realised.

Looking at the whole picture, it cannot be ignored that the alloy surcharge mechanism will continue to invite speculation and opportunistic behaviour. Instead of a desired stability, the predictability of (expected) commodity price change influences on stainless steel prices leads to an undesired volatility. It is also not without reason then that there is a strange parallel in the movements of the nickel price (see above) in each direction, if not necessarily in strength, for a drop in orders have a natural effect, to a certain extent, on short term demand for other stainless steel commodities.

It is, therefore, necessary that an active commodity price management by stainless steel producers should place greater significance on the value added chain in its entirety to achieve price stability and planning efficiency, rather than still trusting an antiquated formula which invites all of this trading segment to speculate. There is little to be seen of Industry 4.0 and artificial intelligence. And, if indeed the alloy surcharge does provide (very calculable) terms for commodity prices, in the end it also creates a fall of numbers in the order books and then nothing is won. At the moment, the good news is, however, that economic data and both stainless steel demand and consumption appear to be good – despite a downturn in China and presumably without a wall on the Mexican border (to parody Trump’s infrastructure plans). So the most probable development is that there will be a correction in the chrome price for the 3rd quarter 2017.

First and foremost this has to be digested by the market, but by reason of general high demand, business should return pretty quickly to normal levels.

In a press release on the 8th June, the French alloy producer, ERAMET announced that it has completed a cooperation with the Chinese steel company, Tsingshan, for the development of the Indonesian nickel deposit site Weda Bay. The site, which ERAMET had bought in 2006 should have resources of over 9.3 million tons nickel. ERAMET will provide all the geological details which have already been explored for the site, whilst Tsingshan will concentrate on the expansion of industrial processing. As of 2020, 30,000 tons nickel in the form of ferrous alloys are to be refined in a pyrometallurgical process. Each partner will market its own portion of production, whereby ERAMET will have a 43% share and the Tsingshan Group a 57% share. 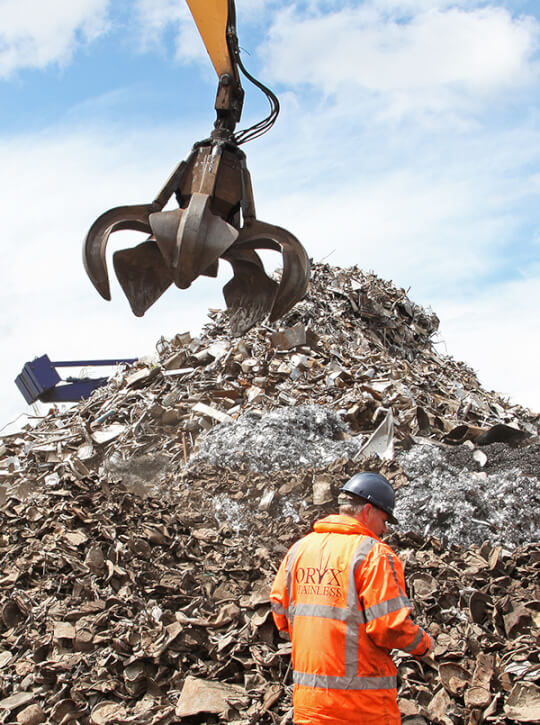 Here you can register for our newsletter for free.
× 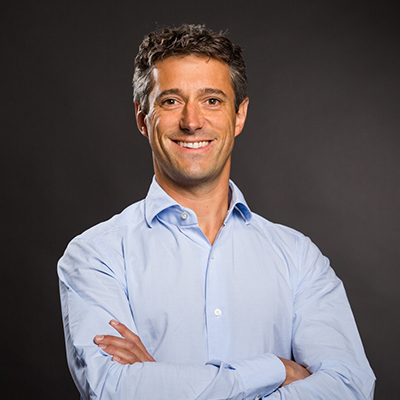 Joost van Kleef was born in 1976. As an authorized signatory and senior trader, Joost is responsible for purchasing alloyed scrap in both the domestic and international arenas. Joost attended Erasmus University school where he studied towards a master’s degree in law. He joined Oryx straight after completing his studies in 2003, working for four years in the German market. Joost is the chairman of Stainless steel committee at the BIR.
Joost is passionate about ... 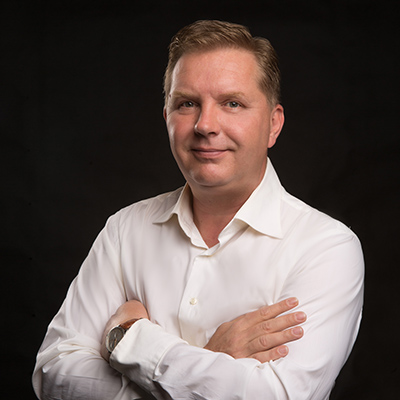 Stephan was born in 1970. As an authorized signatory and senior trader, Stephan is responsible for purchasing alloyed scrap in both the domestic and international markets. Starting his career in the logistics and retail industry in a purchasing position, Stephan joined Capricorn, the later Oryx, in 1999.
Stephan is passionate about ... 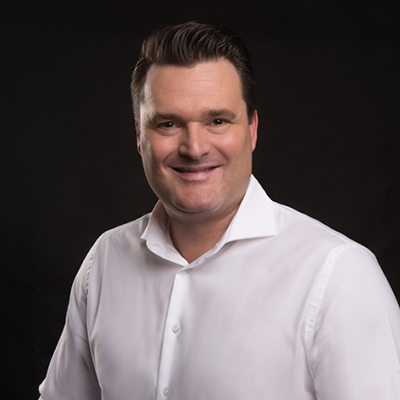 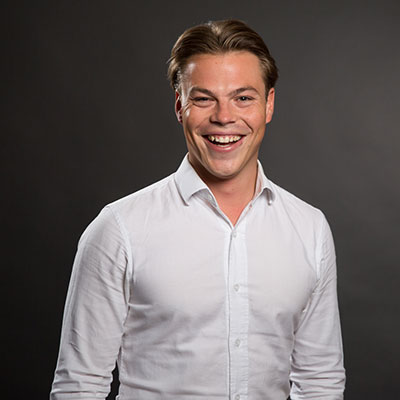 Dylan Tijsma was born in 1994. As an authorized signatory and junior trader, Dylan is responsible for purchasing alloyed scrap in both the domestic and international arenas. Dylan started his career in 2010 in the metal scrap industry, working in quality control, focussing on stainless and chrome nickel. He joined the Oryx team during 2017.
Dylan is passionate about... 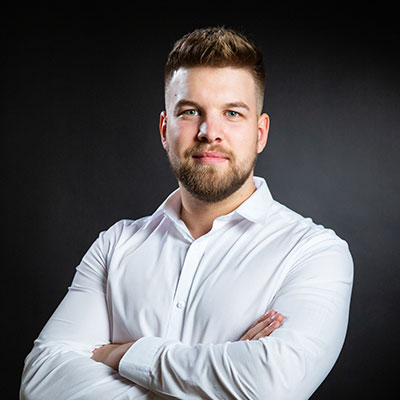 Sven Janssen was born in 1993. As trader, Sven is responsible for purchasing alloyed scrap in both domestic and international arenas. Starting his career in the automotive industry Sven moved on to international non-ferrous scrap trading in in 2014, joining the Oryx team in 2018.
Sven is passionate about ... 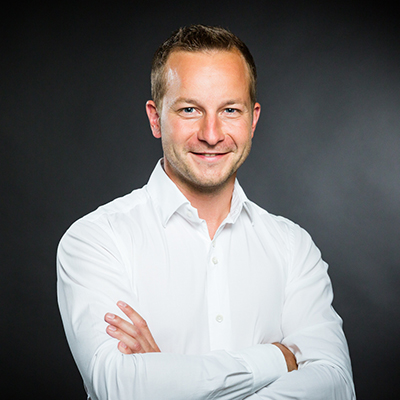 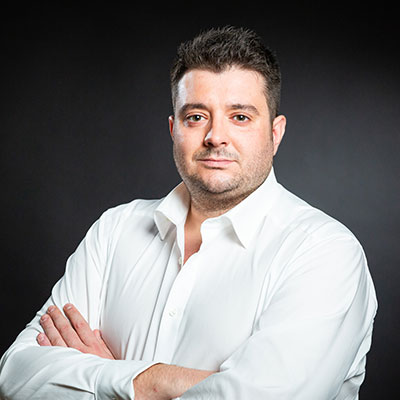 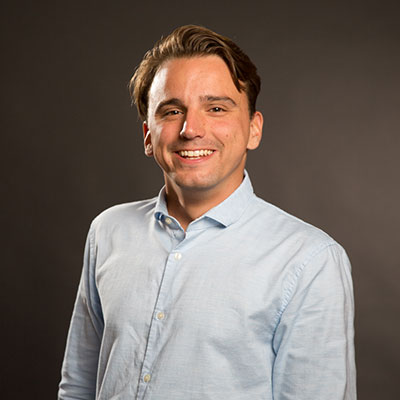 As a trader, Willem is currently following an induction course at Oryx Stainless BV.

Willem attended Rotterdam business school where he studied towards a bachelor’s degree in economics and commerce. He completed his thesis on customer loyalty in the petro-chemical industry.

Having work in numerous part-time positions since the age of fourteen, including whilst studying, he joined the Oryx team during 2018.

Willem is passionate about... 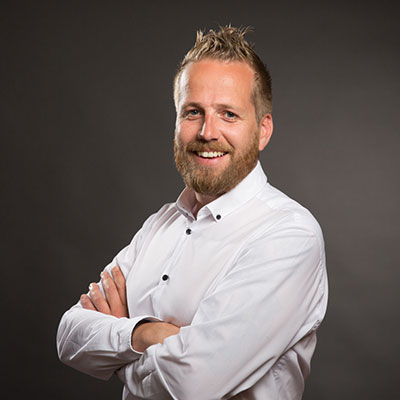 Vincent Roovers was born in 1982. As an authorized signatory and senior trader, Vincent is responsible for purchasing alloyed scrap in both the domestic and international arenas. Starting his career in the retail industry and active in both purchasing and sales positions, Vincent moved on to international non-ferrous scrap trading in 2009, joining the Oryx team during 2013.
Vincent is passionate about... 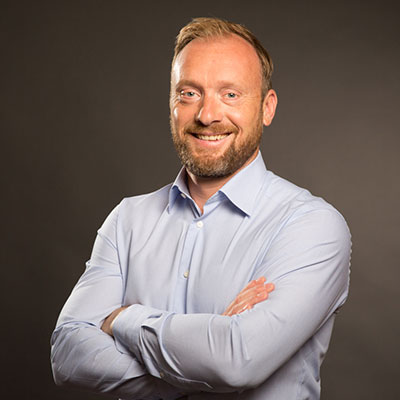 Remco van Wijk was born in 1972. As an authorized signatory and senior trader, Remco is responsible for purchasing alloyed scrap in both the domestic and international arenas. Remco had a successful semi-professional career in hockey, representing the Netherlands at the Olympic Games of 1996 and 2000, winning back-to-back gold medals.  In the latter year, Remco also attained his Bachelors at the International school of Physiotherapy in Utrecht.  Subsequent to completing his degree he joined a medical institution as oversight-manager of a rehabilitation unit. He joined Oryx in 2009.
Remco is passionate about... 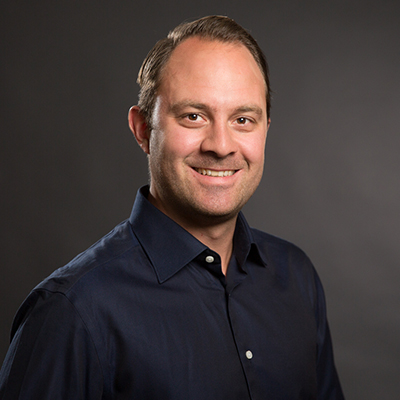 Glen Buhrman was born in 1985. As a trainee purchaser, Glen is currently following an induction course at Oryx Stainless BV. Starting his career as a sales account manager in the automotive industry in 2013, he joined the Oryx team during 2018.
Glen is passionate about...

Dylan Tijsma was born in 1994. As an authorized signatory and junior trader, Dylan is responsible for purchasing alloyed scrap in both the domestic and international arenas. Dylan started his career in 2010 in the metal scrap industry, working in quality control, focussing on stainless and chrome nickel. He joined the Oryx team during 2017.
Dylan is passionate about...